On April 1, 1960, NASA launched TIROS-1, the world’s first successful weather satellite. A few years earlier, on October 4, 1957, the Soviet Union launched Sputnik 1, which started the space race between the United States and the Soviet Union. The United States’ first operational satellite was launched a year later in 1958 as Explorer-1, which was the first American satellite in orbit. The series of Explorer satellites had a total of 59 satellites, from 1957 to 1981. It was not until November 3, 1960 that Explorer 8 studied the Ionosphere in its atmospheric composition.

A few months earlier, on April 1, 1960, NASA launched the infrared television observation satellite (TIROS-1). The satellite weighed around 270 pounds and carried two television cameras and two video recordings, giving meteorologists their first-ever view of cloud formations. It also provided us with the first images from space. 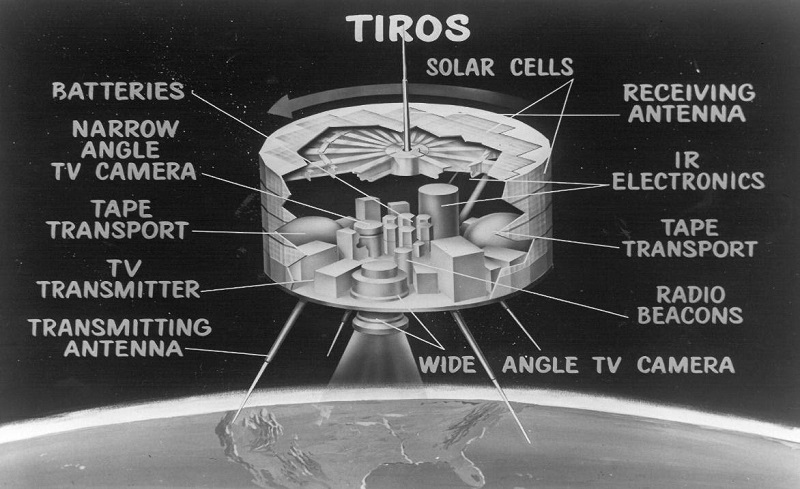 Image: Artistic representation of the instruments on board the TIROS-1

“This was truly a milestone in the history of weather observations,” says Stephen Volz, Ph.D, deputy administrator of NOAA’s Satellite and Information Service. “TIROS-1 changed our perspective. Until then, we were very local in our understanding and interpretation of weather phenomena. 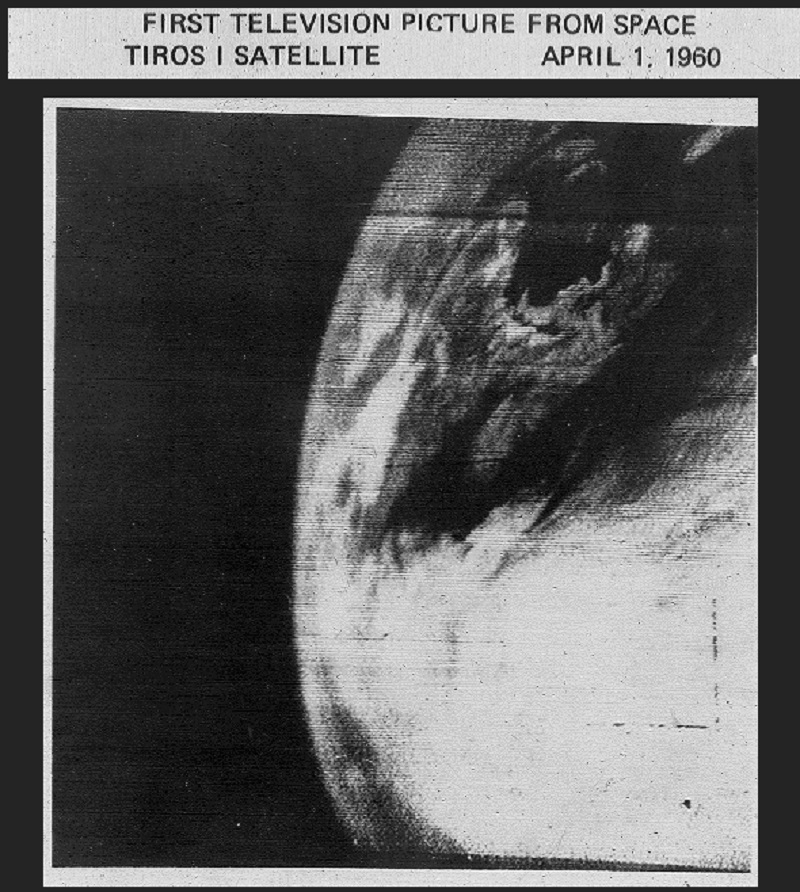 TIROS-1 orbited 450 miles above Earth and up to 32 frames could be recorded for playback on 35mm film for making prints. The satellite only operated for 78 days, but during that time returned more than 19,000 usable images proving how indispensable this new technology would become in helping meteorologists around the world. The first image from the satellite was a blurry image of thick bands and clusters of clouds over the northeastern United States. An image captured a few days later revealed a typhoon about 1,000 miles east of Australia.