The first half of February was very dry in Jackson Hole with minimal snowfall. The atmosphere is finally showing signs of “waking up” in the western United States with some chance of snow accumulation over the Tetons over the coming week.

Last week was dry with no snowfall, but temperatures have warmed considerably compared to previous weeks. The warmer temperatures were the result of inversions mixing together due to several minor disturbances passing just north of the area.

Even when an inversion returned over the weekend, it was much weaker thanks to the higher sun angle and longer daylight hours, which increase rapidly as we approach February.

Snowpack has continued to decline from average and is currently 75% of average in the Teton Range. For the Snake River Basin in northwest Wyoming as a whole, snow cover is 86% of average.

While we don’t expect any significant storm cycles, conditions will become a bit more active compared to previous weeks with several snow opportunities this week.

Clouds are already rising on Monday ahead of a weak storm system. Temperatures are starting cool, especially with the lack of sunshine, but as the inversion in place slowly erodes highs will reach the upper 30s in the valley on Monday afternoon.

A quick round of snow will arrive early Tuesday morning with a few hours of moderate snowfall expected during the morning drive. Most of the snow will end before noon with only isolated lingering showers in the afternoon.

New snowfall will range from 2 to 4 inches in the Tetons and a trace to an inch in the valley. Temperatures will be mild with this storm, so any snow that accumulates in the valley will be wet and melting.

On Wednesday, another minor disturbance will arrive from the north with a stronger cold front, bringing snow showers during the day. The Tetons will pick up another 1-2 inches of snow with a half inch trail in the valley. Temperatures will be cooler on Wednesday with moderate northerly breezes.

On Thursday and Friday we will see a relative lull in the pattern with seasonally cool temperatures, but periods of cloud cover and occasional showers can be expected as minor disturbances occasionally brush past us to the north.

A stronger storm will move across the western United States over President’s Day weekend with the potential for moderate snowfall across the Tetons, depending on the storm’s exact track which is still in question so far.

Although the weather models are not in good agreement at the moment, the most likely scenario at this point is that light snow showers develop Saturday afternoon or Saturday evening thanks to a peak disturbance, followed by more snow. extent of the main part of Sunday’s storm.

At least one major weather model holds off all snow for the Tetons through President’s Day Monday, which adds some degree of uncertainty, but this model is an outlier as the others forecast the main round to be on Sunday.

We will provide an update this weekend if the holiday weekend storm eventually gathers and appears to be a significant event.

Beyond the possible President’s Day weekend, cooler temperatures will likely arrive for a few days, then we could see another storm during the second half of next week (around February 24-25 ). Early signs suggest it might be a weaker storm, but we’re still far enough away for that to change. 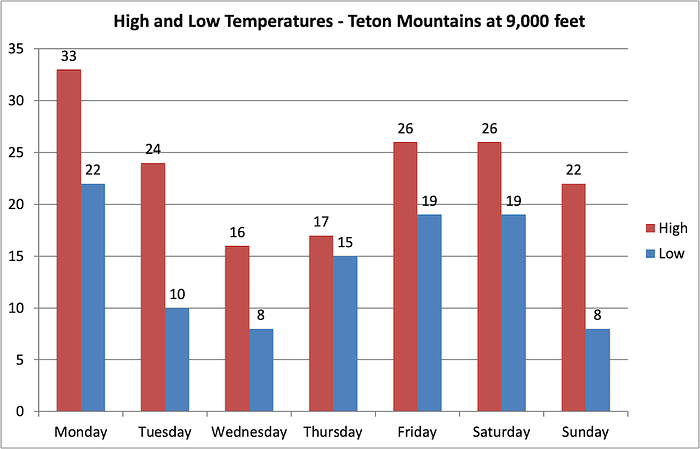 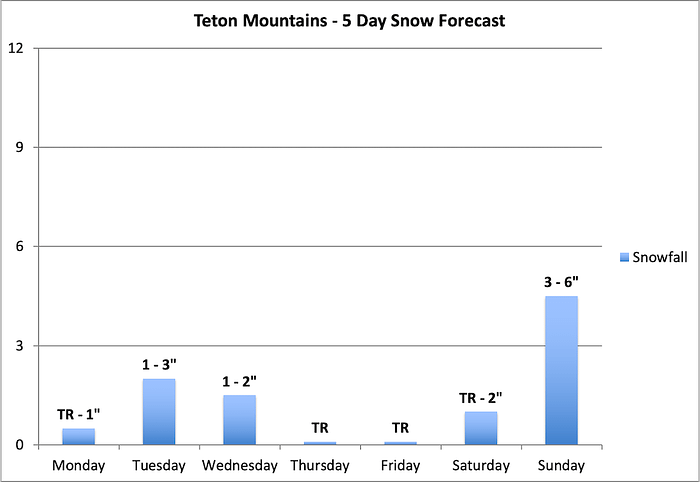 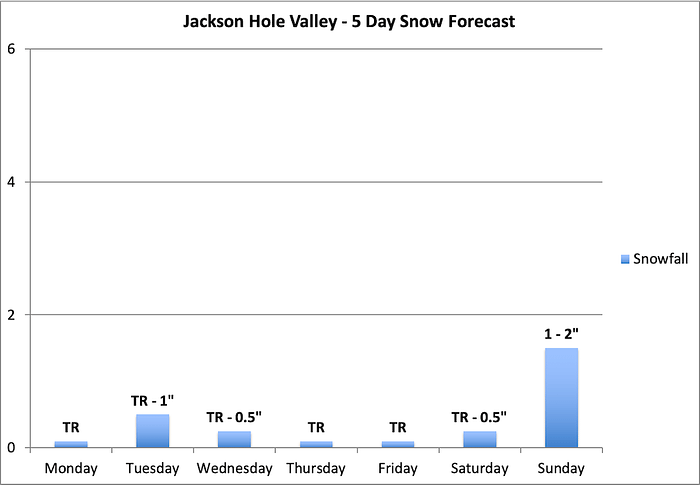