We are now heading into week three of a mid-winter dry spell with minimal chance of snow over the next seven days. Temperatures will also be cold this week, although a strengthening temperature inversion over the weekend will result in relatively milder temperatures in the mountains.

Weather summary from January 17 to 23

Snowpack in the Tetons is now 96% of average (from 116% two weeks ago), while the Snake River Basin as a whole, which includes the Snake River and Gross Belly, is 103% of the average.

Temperatures have been rather cold over the past week, with varying levels of inversions. The highest temperature in Jackson was 29ºF on Thursday (1/20) and the lowest temperature was -8ºF this morning.

The temperature in Jackson hasn’t risen above freezing since Jan. 7, when it hit 42°F.

Partly to mostly cloudy skies can be expected on Monday with highs in the lower 20 degrees in the valley as the inversion weakens slightly before a cold front approaches.

The cold front will move in from the north on Monday evening and we may see a round of light flurries along and behind the front. This event will not be a big deal and any accumulations will be very light.

It will also be our only real snowfall this week as a dry pattern resumes in the coming days. Temperatures will be cool behind the front at all elevations on Tuesday and will drop well below freezing in the valley on Tuesday evening.

A weak temperature inversion is expected on Wednesday, then another cold front will arrive from the north on Wednesday evening, reinforcing cold temperatures at all elevations. This front will have little moisture and no snow is forecast as a result.

Thursday will be another cold day at all elevations, then the high will strengthen Friday through Sunday with a stronger inversion developing. Temperatures will warm to comfortable levels at mid to upper elevations while the valley will be much cooler.

The pattern will finally start to become more active early next week as a storm moves across the western United States, but the latest trends suggest the storm’s track won’t be particularly favorable for the Tetons. and we could end up with a lighter snow event. .

The trend appears to remain choppy through the second half of next week with additional chance of snowfall, although confidence is low in the strength or frequency of storms. 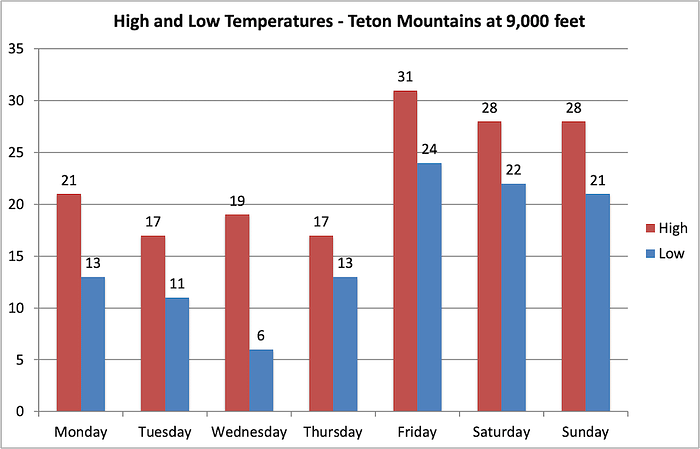 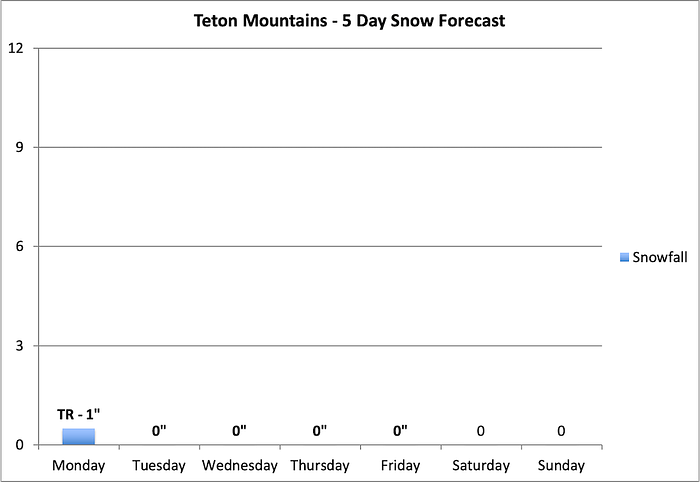 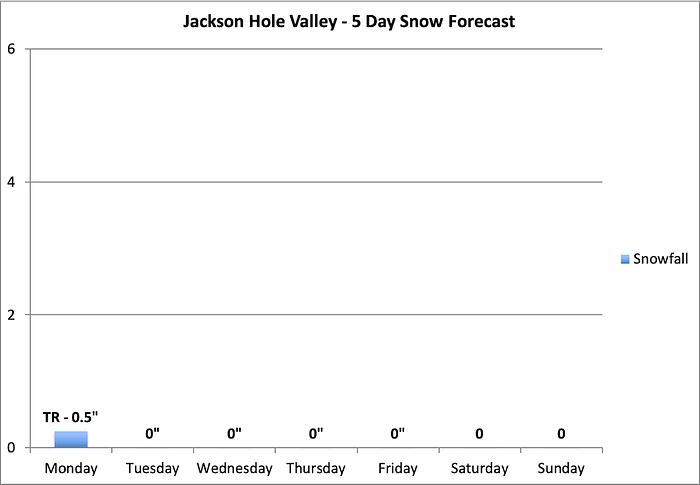